Skip to content
Previous Next
Are we moving beyond Levodopa for Parkinson’s Disease?

Are we moving beyond Levodopa for Parkinson’s Disease? 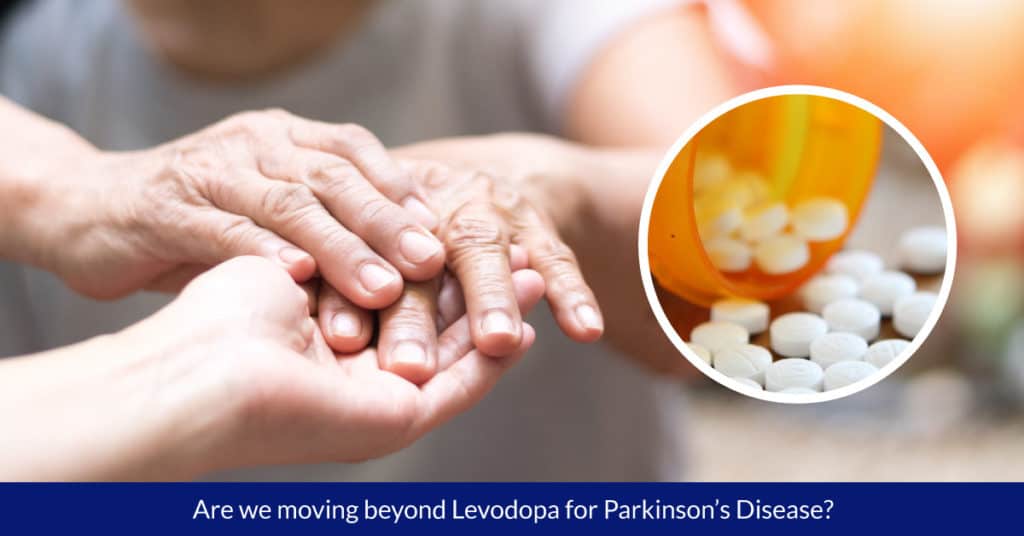 In November, the American Academy of Neurologists (AAN) updated their 2002 guidelines for treatment of Parkinson’s Disease (PD) with dopaminergic drugs (drugs that improve dopamine release). The preeminent drug for treatment of early Parkinson’s, levodopa, creates the dopamine neurotransmitter that people with Parkinson’s progressively lack.

Despite the fact that levodopa was approved to treat Parkinson’s over fifty years ago, the updated guidelines reaffirm that levodopa combined with carbidopa is still the best first-line treatment for motor symptoms of early PD when compared with the later-developed dopamine agonists.1,2,3

Part of their reasoning is that while levodopa carries the risk of involuntary movement (dyskinesia), it still offers better motor control for most patients than any of the dopamine agonists, adding that the various dopamine agonists come with an increased risk of impulse control. Their comparison of levodopa with MAO-B inhibitors was inconclusive due to lack of sufficient evidence.3

This must come as frustrating news for anyone involved with PD, because levodopa comes with well-known limitations. It loses effectiveness over time: As the disease progresses, usually within three to five years, patients experience dyskinesia and OFF periods (unpredictable episodes of the drug failing before the next dose is due), gastrointestinal side effects, and behavior changes. Symptom control is elusive˛ because symptoms vary from patient to patient and can even vary hourly in individual patients.4,5,6

I have young onset PD…we’re dying one cell at a time until they cure us which I think will be soon.

Fortunately, there have been several recently approved drugs to improve symptoms during OFF periods, which is good news for people who need options to lengthen the time the levodopa works or to manage dyskinesias. These drugs include: But some of these treatments use similar mechanisms of action as already approved drugs. A review article published in September asked, “Can we fine-tune treatment for Parkinson’s disease?” The authors looked forward to adding technologies that protect and regenerate healthy dopaminergic neurons, not just replace the dopamine. “Now recognized as a multifaced disorder, a PD-focused multimodal treatment perspective may open different avenues in the endorsement of dopaminergic cells survival and regeneration.”7

What else is available?

I live in a wheel chair, which for me is rather a drag. I’ve alawys been very active athletically, but that’s in the past for me now, unless somtime in the near future stem cells work out to relieve Parkinson’s Disease. Meanwhile, I’ll just keep playing chess & other games on my computer.

In fact, a Phase I clinical trial is underway at Memorial Sloan Kettering Cancer Center testing an investigational stem cell therapy for advanced Parkinson’s that is aimed directly at replenishing the dopaminergic neurons affected by the disease. Researchers extracted a progenitor cell product for dopamine neurons called MSK-DA01 that was shown to rescue motor deficits in Parkinsonian rats. This phase 1 clinical trial assesses the safety, tolerability, and preliminary efficacy of the new therapy in 10 patients.8

Another new drug candidate for Parkinson’s called AP-472, developed at Vanderbilt University, has entered clinical trials. Appello Pharmaceuticals is conducting the Phase 1 dose-escalation study in San Antonio, Texas to study the safety, tolerability, and pharmacokinetics of the molecule. It is hoped that AP-472, classified as a “small molecule, positive allosteric modulator of the metabotropic glutamate receptor subtype 4,” or mGlu4 PAM, will extend the efficacy of levodopa without causing dyskinesia.9

Outside of Drug Treatments:

In November, a Focused Ultrasound (FUS) device received expanded device approval from the FDA for FUS treatment. FUS is another available non-invasive surgical option for treating PD. FUS targets and destroys overactive tissues to improve Parkinson’s symptoms, and is intended to relieve symptoms for this progressive disease, lengthening patient quality of life. Exablate Neuro is a device for delivering FUS to Parkinson’s patients. Its previous approvals were for medication-refractory essential tremor in 2016 and for tremor-dominant Parkinson’s Disease in 2018. The latest approval adds treatment of advanced PD patients with mobility, rigidity, or dyskinesia symptoms.10,11

In the short-term, drugs still aim to sustain levodopa, according to the AAN, because levodopa continues to provide symptom relief for the widest range of PD sufferers. In the long-term, the aim is to surpass levodopa, with advances including stem cell research and new mechanisms of action. Perhaps there will be ways of preserving the dopaminergic neurons that support movement in every body.